Mummy, is Egypt the luckiest country in Africa?

Now there’s an opener to a conversation – especially when it’s with a 7 year old who’s sitting in the bath with her brother.

My parents have just returned from holiday in Egypt, ‘topic’ at school this term is “Treasure” with a focus on archaeology and Tutankhamen and harvest activities have looked at those less fortunate than us.  It’s a lot to be whizzing around in your head when you’re 7.

So I try and explain that Egypt isn’t exactly ‘lucky’ and although they do have a degree of infrastructure (shit, need to explain what an infrastructure is) and beautiful things and places that the moment it’s not that great because there’s a lot of arguing going on about who’s in charge.

But they could sort it all out with Rock, Paper, Scissors…

This, so it transpires is Year 3’s answer to most things.  They’re not overly sure of what the paper does to the rock, but they’re quite sure that the scissors cut the paper and therefore that will solve most political crises.

I suggest it is possibly a bit more serious than that and so the Cheetah Keeper pipes up with the useful suggestion that perhaps they could solve it all with a penalty shoot out.  Or perhaps a football match with boys vs girls.

I happen to have a reasonable knowledge of trading with Eygpt (fruits of a varied career) including being excluded from emails and being ignored in conversation because I’m female.  Cue explanation of some of the finer points of gender divisions in Egypt.  The Cheetah Keeper absorbed this information and usefully suggested that perhaps the red team should play the blue team instead and whoever wins could run the country.

Mummy, does Egypt have a priest?

Yes, a priest who’s in charge

A president.  Well, in Egypt they used to have a president but he isn’t there any more and they’re arguing about who’s going to be in charge now.  And in America, they’re going to be having an election in November to choose a new one.

The Cheetah Keeper then suggests that they could do rock, paper, scissors or have a football match instead.  His sister notes that in America football isn’t the same as our football.  I explain the differences between American Football (running, shoulder pads) and our football – soccer.

It’s decided that maybe a penalty shoot out would be better.  Or maybe rock, paper, scissors.

Let your friends meet the Cheetahs!

Keep up with the Cheetah feeds 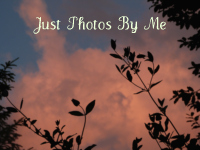 My Blog is listed in the Big Blog Collection
NetworkedBlogs

Thank you so much whoever you were x